Recent industry research points towards the fact that there are now 23 million solar panels installed in homes across Australia. The technology has been around for well over half a century. It’s only in recent years, though, that the technology has become affordable enough to invest in for most home owners.
Solar panels cost around $5,000-$7,000 for a five kilowatt system. This is a drop of more than 75% in the past half decade. The cost of installing solar power systems has remained relatively stable with prices including warranties in cases where the professionals are employed.

Is Solar Worth It?

Prices have stabilised around this mark. However, prices are expected to continue to drop for other solar apparatus like batteries and water heating. At the moment, these devices are slightly too expensive to invest in without precise calculation. Yet, as the technology becomes more widespread, manufacturing costs will drop and the devices will become more affordable.
It’s certainly worth investing in a solar system now. You will be saving $10,000-$15,000 on prices advertised just five years ago. A common question we answer at Essential NRG is, “is solar worth it?” In the current economic conditions, even without a Government solar rebate, the answer is certainly, ‘yes’.

Do You Really Save Money With Solar Panels?

Solar panels are enjoying widespread proliferation in Australian communities. It’s been shown that Australians have saved over $1 billion per year on their power bills since 2013 by using solar. The availability of solar savings is determined by other electricity prices and solar electricity rates of surplus vary from State to State.
In New South Wales, home occupiers with solar energy panels save $574 per year on their electricity bills. These savings can be increased by optimising power usage for sunlight hours.
Australians are now spending as much on solar panels as they do on tea and coffee, according to Solar Citizens. This gives an indication of the popularity of solar panels which has arisen alongside cheaper solar technology and greater electricity savings.
A solar panel will pay itself off in most cases in ten years. Just so, the long-term investment potential cannot be ignored. Australians have invested just over $1.2 billion per year in rooftop solar, so the industry is still playing catchup financially as it grows. However, by preventing more than 6.3 million tonnes of greenhouse gas emissions per year, the value is undeniable.

Essential NRG offers high quality solar panels at an affordable rate all over Sydney. We can cater to both residential and commercial requests. We offer a 100% guarantee on all parts and quality components supplied by us. We also provide a manufacturer’s warranty on panels, mounting kits and inverters.
Call Essential NRG today on 0409 381 978 to arrange find out what the savings at your house could be. We’ll provide a quote and can install a solar panel system at your home shortly thereafter. 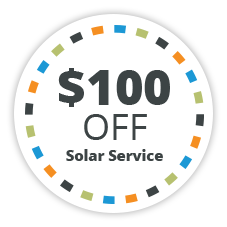